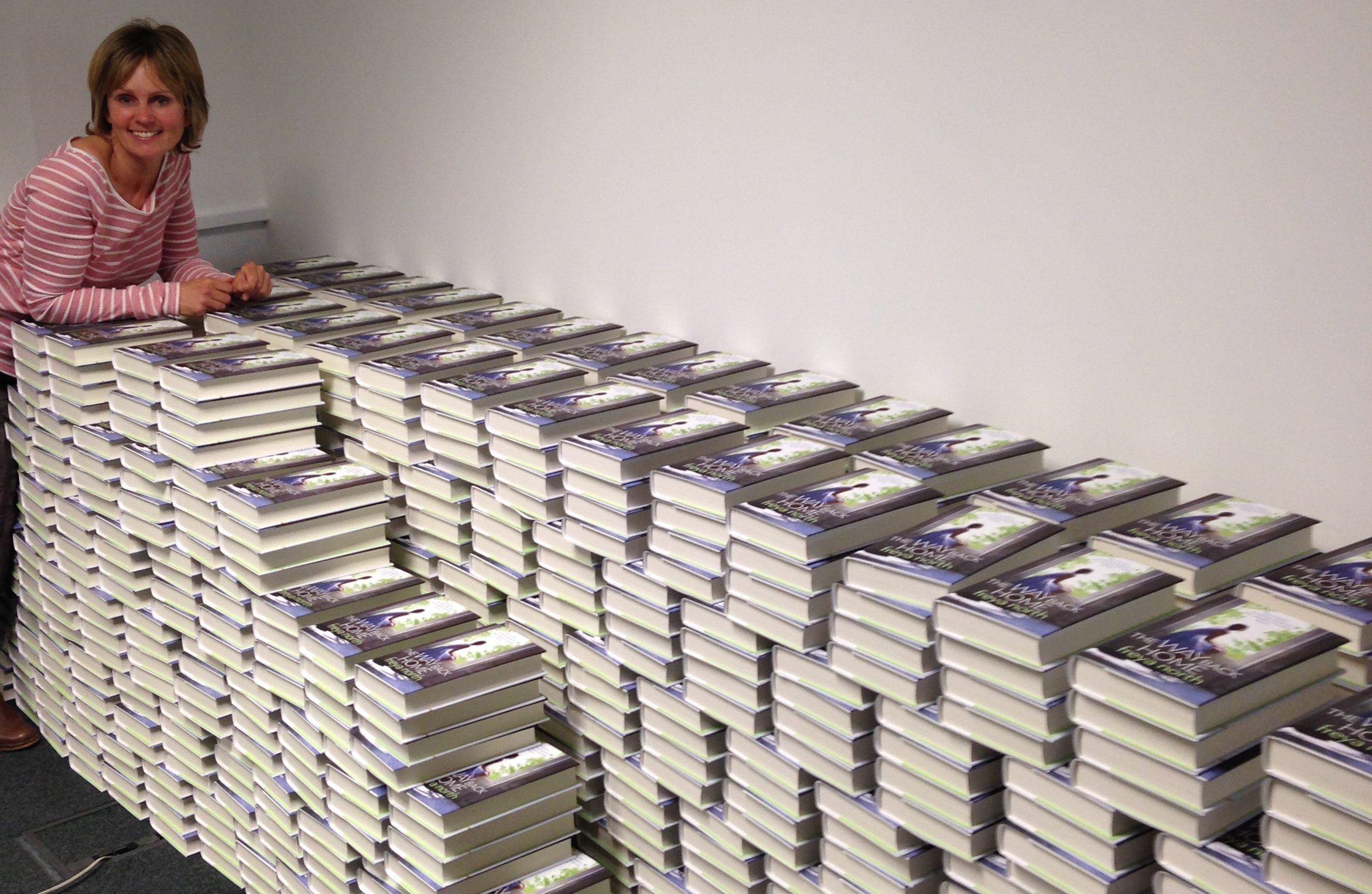 I never believed Writer’s Block existed.  In fact, I’m on record saying “I feel writer’s block it’s a little like claiming to have double pneumonia when actually you have a head-cold.
Writing is a job, not an indulgence.
Of course there are days – weeks even, when you’re not in the mood.  However, you have to perform…”

But writer’s block hit me very, very forcefully during my 13th novel, The Way Back Home.

Here’s what I have to say about the debilitating affliction.

The three questions I’m most frequently asked are: Where do you get your ideas?  How do you write?  What would you do if you weren’t a writer. I asked myself all 3 questions when I was struggling with Writer’s Block.

I’d always thought so-called Writer’s Block was a lame excuse by lazy authors who’d rather watch daytime television.  I had written 12 novels – not necessarily with ease – but the process had been straightforward nonetheless, regardless of what was going on in my life.  In fact, Chances, my 11th novel, was written during a time of immense personal duress, coinciding as it did with my mother’s cancer diagnosis, my split from my long-term partner and my move from town to countryside as a single parent.  But writing was my solace; it has always provided respite from all external challenges.  It has been the place, the space, where I’ve felt in control and confident.  This is what I do.  This is me at my best.  This is where I like to be.

The Way Back Home, my 13th novel, was a different experience altogether.  I knew the story – it was as if I’d seen the entire novel in a glimpse, like a film fast-forwarded from beginning to end at breakneck speed.  It was a book I so wanted to write.  It transpired I was locked out, pushed away.

Writer’s Block had hit me and it had hit me very hard.  For months on end.

For six months I spent every working day in front of the screen, clutching my acidic, twisted gut as I fixated on two words goading me: ‘CHAPTER ONE’.  Adrenalin coursed through my body making sleep fitful yet injecting utter exhaustion into my waking hours.  I was constantly nauseous, my head pounded each day, my temper was frayed, I looked a state and I felt desperate.

I did not dare tell a soul.  I felt utterly ashamed and I lied to my publishers and my agent when they asked me how the novel was progressing.

I felt appalled at what I considered my ineptitude, my failure.  I was letting down so many – not least my characters Oriana, Malachy and Jed.  They were trapped but I was their jailer and I had no idea where the key was.

I took antacids for my stomach and painkillers for my headaches.  The doctor put me on high dose, slow-release beta-blockers.  I had hypnosis and holistic massage.  I gave up caffeine and when that didn’t work, I took it up again.  I became worryingly introverted – for an author who spends so much time only in the company of people who don’t actually exist, that was an increasingly dangerous place for me to be.

However, throughout this entire period, what loomed large was Windward, the house in The Way Back Home – an imagined artists’ commune in the Derbyshire dales.  I could see the colour of the stone, I could smell the oil paints on the palettes in the studios, I could hear drifts of the music from the upstairs rooms.  If I really concentrated, I could listen in on faint snippets of conversations between people I so wanted to know.  I had to get there.  I knew it would be like hiking to Derbyshire from Hertfordshire where I live but blindfolded, barefoot on sharp gravel against a headwind and into driving rain.  It was going to be the journey of a lifetime and my career depended on it.  After all, what could I do if I didn’t write?  I’m a single mum and the sole provider for my two children – what on earth would I do to make a living?  After 18 years in this one job, I’m ill-equipped to do much else.

But I made it.  I battled my way there.  I dragged myself to a library in a nearby town, I sat at my laptop, dug my nails into my palms and I dug deep.  I typed a single letter.  It was “W.”  Three more until I had the first word of the novel: “When”.  Then I hauled out word after word until I had a sentence, a paragraph, a chapter.  Two. Three.  Four…  I ate badly.  I slept badly.  But regardless of how wretched I felt, I kept going.  No time for hypnosis or massage or the things that I love like riding my horse and hanging with my friends.  I didn’t dare let myself have any brain rest.  The story was starting to tumble and I had to be there to catch it.  Somehow, that novel was written.  Usually, it’s something of an anti-climax to complete a novel.  When I knew the final few sentences of The Way Back Home were imminent, I was utterly euphoric.

And then the strangest thing happened – when I read it back, there were vast tracts of the book that I had absolutely no recollection writing.  I think this, my 13th novel, came from a place deep deep inside.  My more spiritual friends said, you’ve channelled the whole thing, man.

I’m starting a new novel now and I’m dreading feeling those debilitating emotions again.  This time, though, I know there’s a way through.  I know I can do it.  I’ll trust that if I have even a glimpse of a novel, then I’m blessed with the ability to write it out of my system.

I heard that Gary Barlow suffered similarly with his music – that for a while, when everyone thought he was breezing along writing new material, he was actually cowering under his piano.  I bring him into my final paragraph because there is an interesting analogy here. Throughout my career I’ve been snubbed by those critics who denounce commercial fiction as lightweight and flimsy and not worthy of review – the implication being that if it’s an enjoyable read then it can’t be well written; if it’s in price promotions and rides high in the charts and reaches a wide audience, it must have been a doddle to write.  This detracts from the commitment, preparation and honing I invest in every book I write.  I care.  I care enormously about the tiny details and the grander themes.  Most of all I’m committed to my characters, their back-stories and their own journey through the book.  Until this novel, I always felt that I had to be there for them, to assist them on their way – that I was their mentor, their enabler.  With The Way Back Home, this was not the case.  Ultimately, they were there for me, every step of that rocky road from Chapter One to The End.